A byword for quality.

Founded in 1993 and based in Gevelsberg, TonerPartner specialises in ink and toner for a wide range of printers, making it one of Germany’s leading online retailers. TonerPartner combines superior value for money with a highly efficient logistics set-up, delivering printer consumables to over a million SMEs and private customers.

In recent years, TonerPartner has also been active throughout Europe. The international expansion began in Switzerland in 2011 and continued in Austria in 2015. INVISION acquired a majority shareholding in the company at the end of 2016 with a view to overseeing the internationalisation and further business expansion in the coming years. The joint goal is to establish the TonerPartner Group as Europe’s market leader in the online ink and toner sector. 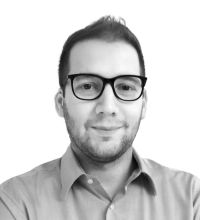 Right from the start, INVISION displayed an in-depth understanding of e-commerce, a genuine interest in our business model and a clear willingness to put their weight behind our growth strategy.