The art of watchmaking since 1845.

For over 170 years, the name Glashütte has been a byword for the fine art of watchmaking with German precision. Today, the exclusive timepieces are produced by what is already the sixth generation of watchmakers and engineers. Thanks to the premium materials used, the extensive in-house manufacturing and, above all, the exceptional design, they belong to the most exclusive segment of all.

After the reunification of Germany, the time-honoured company was temporarily owned by the Treuhandanstalt – the agency responsible for privatising East German enterprises – and was subsequently taken over by two entrepreneurs. In the course of the succession arrangements, INVISION acquired an equity investment and was instrumental in the company’s efforts to further professionalise itself, move into international markets and firmly position itself in the luxury watch segment. 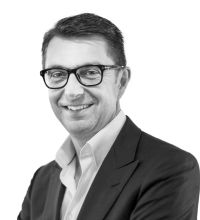 Together with the management team, we were able to establish Glashütte as a premium luxury brand thanks to its product innovations, quality design and its own watchmaking manufactory.